I have fond memories of getting out right after New Years and even on New Years day to target trout through the ice in the Haliburton, ON region. Some years when there was lots of snow, but getting out on the main lake dangerous, we just fished within a few feet of shorelines for Brook Trout. Sometimes we were so close to shore that we cut holes in-between branches from trees that had fallen into the water and we would catch trout as shallow as 3-5′ water.

Later I learned that Brook Trout especially will go in and out of shallow, mud-bottom bays all winter long sniffing out frogs that were hibernating in the mud. Often the Brook Trout would have shiny heads from diving into the silt to pull out their soft treats. On some lakes many of the trout we fried up on the ice would have digesting frog skeletons on their stomach. 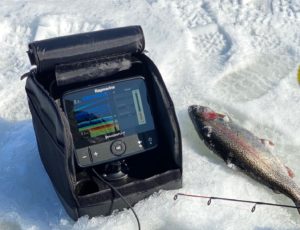 When I started using electronics I quickly could determine a soft-bottom from a hard-bottom. It was a game-changer where I cut less holes and caught more fish! 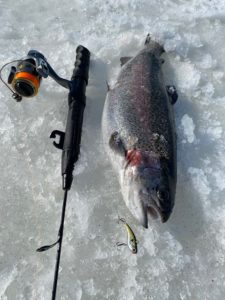 Today I still find some of the best Brook Trout and Rainbow Trout ice fishing in water less than 7′. These trout don’t just stay there, they move in and out from deeper water, but they definitely check-out shallower, weedy, mud bottom areas for food! 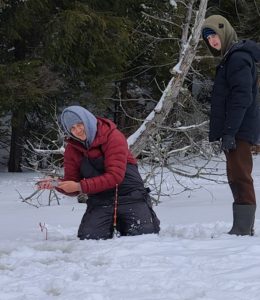 The Grdosic family took advantage of early ice and hit some of their favorite trout spots. You can see how shallow they have been fishing from shore. 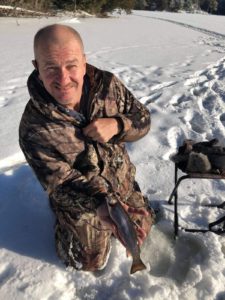 Winter trout Brook & Rainbow trout don’t have to be trophies, just big enough to fill in a frying pan! 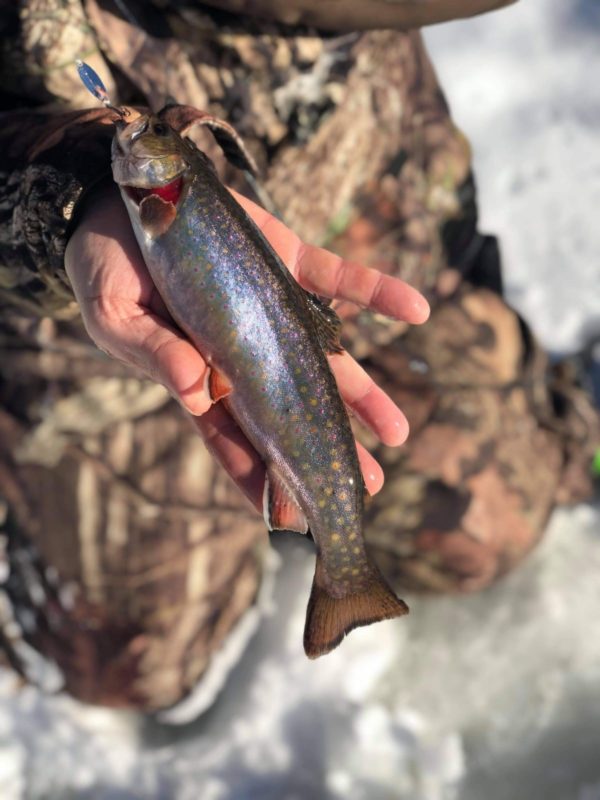