Detroit River, ON walleye are in!!

We have been getting reports that walleye are starting to show up in big numbers in the Detroit River, ON. Mike Borovic that is in the Windsor, ON area just confirmed that his brother thought he would pull into a park yesterday for his lunch hour, he had his fishing gear and decided to make a few casts & in 20-minutes landed 3-nice walleye right from shore. 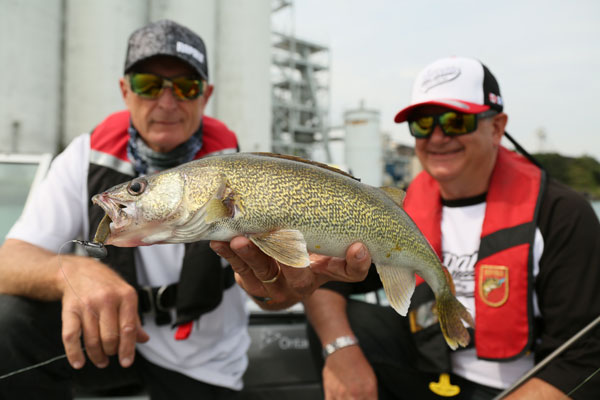 Linda Borovic smiles as she shows off a chunky Detroit River walleye she caught fishing right in front of the Ambassador Bridge.  If you love walleye fishing make sure to head down to the Detroit River over the next month and a half while the walleye are in there in high numbers!

This entry was posted on Monday, April 4th, 2016 at 10:00 am and is filed under News. You can follow any responses to this entry through the RSS 2.0 feed. You can leave a response, or trackback from your own site.