Ludington, Michigan — Louis Martinez will never have to embellish the proverbial fish story after confirmation that he set a new state record for the largest Chinook salmon ever caught in Michigan.

The teenager from Ortonville, Michigan, reeled in the nearly 48-pounder on Saturday morning while fishing on a charter boat in Lake Michigan with his mom, sister and stepdad.

The previous record, a Chinook salmon of just over 46 pounds caught on the Grand River in Kent County, had stood for 43 years.

The 19-year-old Martinez, on his first fishing expedition for salmon, battled to pull the record-setting fish in for some 30 minutes off the lake’s Big Sable Point, the Ludington Daily News reported.

“The first 10 minutes were quite a fight,” said Martinez, adding that his arms began to feel sore toward the end of his struggle with the big fish.

Martinez described the captain of the boat, Bobby Sullivan, and his family members screaming with excitement as they finally got the fish on deck.

“They were all screaming, and I was like: ‘What did I do?’” Martinez said.

Make sure to check the fishing videos on our Italo Labignan YouTube channel and if you have any questions just email them to me at Ask Italo throughout our website. 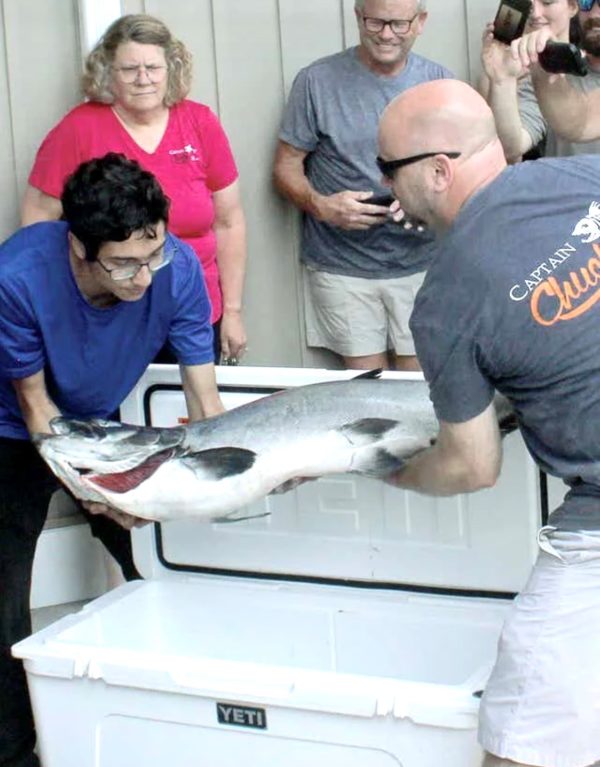