Our good friend Steve Law made the trek down from north of Guelph, ON to fish the Niagara River for Chinooks. Last time he was down I had the pleasure of fishing with him and Jamie Shepherd. 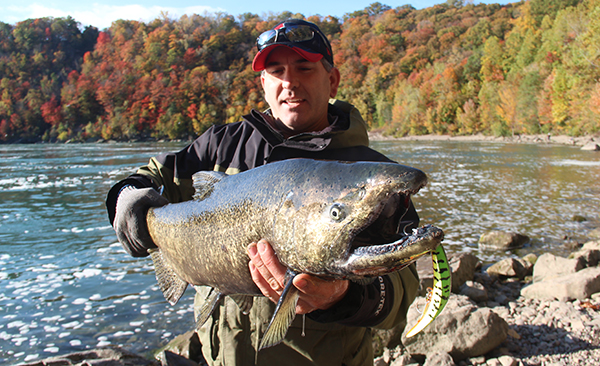 Steve showed us off than by landing this trophy Chinook on a Luhr Jensen Kwikfish.

Yesterday he did it again and landed this smaller, dark male Chinook on a Rapala J13 “bleeding-lip” series. I don’t know what it is about the action of a J13, or the Kwifish, but it really annoys Chinooks and they violently strike them!