Harper Walleye has been Reinstated as the World Record. That just tells me the guys at the IGFA smoke a lot of crack.

In 1960, Mabry Harper claimed to have caught a 25-pound Walleye in Old Hickory Lake, Tennessee. Like most old records, all he needed was a fishing buddy to confirm the record and it went into the books.

In modern times, catching a world record fish can mean hundreds of thousands of dollars in product endorsements, magazine publication royalties and even invitations to sport shows to show off the fish and tell your story.

As a result, the IGFA does a comprehensive study of the fish before it’s entered into the record books.

Through photo analysis and witnesses coming forward after many years, many old records have been disqualified. Mabry Harper’s fish was disqualified in the mid-90s because photo analysis showed the fish could not weigh more than 18 pounds. As a result, Al Nelson’s 22-pound 11-ounce Walleye, which was caught in Fairfield Bay on Greer’s Ferry Lake, Arkansas in 1982, was listed as the official World Record Walleye.

They have changed it again and have reinstated Mabry Harper’s Walleye as the World Record Walleye. 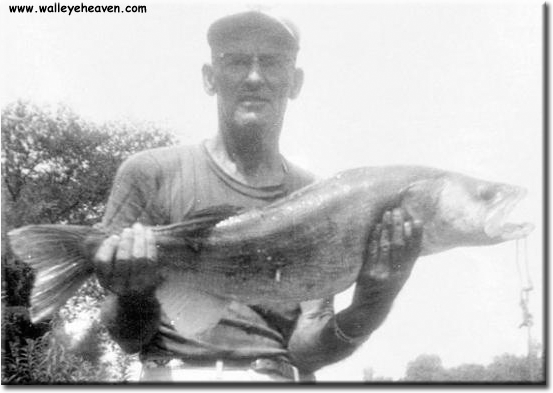