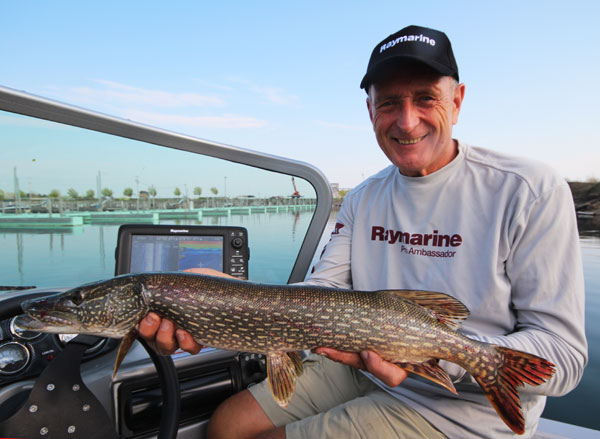 I thought I would share a bit of my strategy for fishing pike in severe cold-front conditions. Mindy Fike who competed with her husband in the 33rd Annual Sturgeon Falls Rod & Gun Club Pike Tournament on Cache Bay, Lake Nipissing, ON were also filmed with other competitors during the event. Mindy emailed me and asked if I could give her some tips for next year.  Here was my response;

“Because of the cold-front conditions I did not use spinnerbaits as many contestants did. I only fished the Rapala Husky Jerk #14 in the bright chartreuse UV finish, twitching it aggressively over and around the decaying reeds.  My strategy was to use the bright color to attract lethargic pike to the “irregular” side to side “slashing-action” of the Husky Jerk, to get them to strike.

It’s tough to give 3-tips now for the next year’s tournament given we won’t know what the conditions will be like next year. As a rule, if there is a cold-front, I “twitch” since I can work the Husky Jerk right in front of slow-moving pike. With a spinnerbait, you can “slow-roll” the blade, but you can’t stop, or the spinnerbait blade stops and the lure sinks, and if a fish that may have been interested in it will probably leave. Under the conditions we had I also fish a little deeper (1-2′ deeper). The shallower water cools off first while the slightly deeper water takes longer to cool-off, so during cold-fronts it’s wise to target slightly deeper areas. Lastly in the afternoon I also targeted slow tapering rocks around Islands near weeds during cold fronts. That water over the dark rocks warms up quickly since the rocks absorb heat from the sun while the silt-bottom (where the reeds are decaying), does not. Hope the above will add to your fishing knowledge. 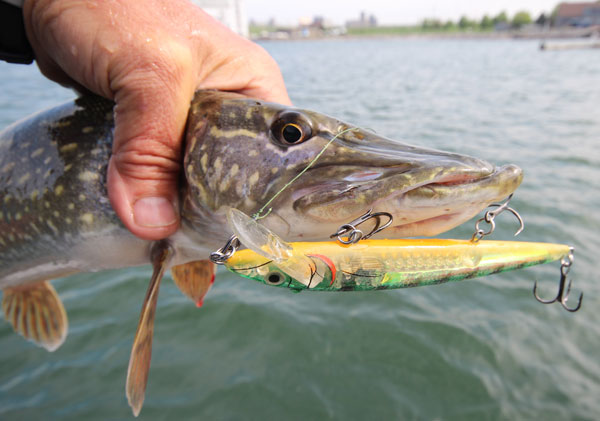