One of the US tackle industry’s best known figures has retired after a career spanning almost five decades and three leading brands.

Buzz Ramsey, 70, left his job as Brand Manager with Yakima Bait on New Year’s Day, also withdrawing from his promotional role with Pure Fishing. He had begun his career at Luhr Jensen in 1974 as Promotions and Marketing Director, having taken a 50% pay cut from his occupation as a sheet metal worker.

Born In Toledo on the Oregon coast, but raised in Portland, Ramsey became recognisable for the cowboy hat that became part of his brand. He is an accomplished lure designer and had considerable influence on baits including Luhr Jensen’s KwikFish and Yakima Bait’s Mag Lip and FlatFish.

His high profile friends included General Chuck Jeager, a wartime flying ace and the first pilot to exceed the speed of sound, Eric Clapton, John Denver and Vic Atiyeh, Governor of Oregon. The 30lb 5oz steelhead he caught in the Thompson River, British Columbia, was a world record at the time. In retirement, Buzz (real first name Bernard) plans to continue working to find a solution for removing the four Snake River dams and recovering the fishery’s salmon stock. 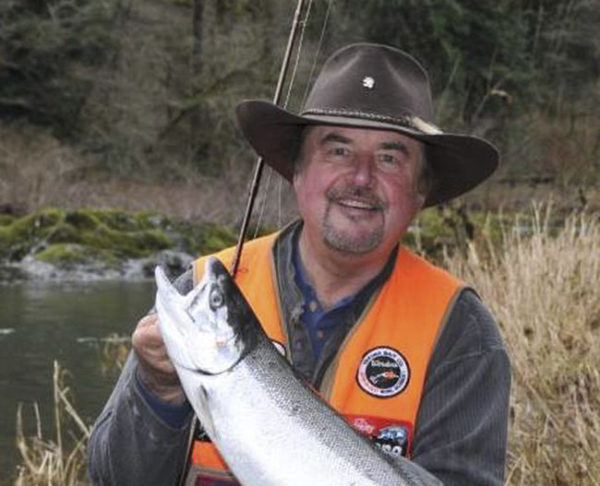