I had the pleasure again of working with guide/tournament angler Mike Williams and Duane Jacobs on beautiful Buckhorn Lake, ON just before the long weekend. Strong winds made it very challenging to fish large weed-flats in the middle of the lake.  Peter Yeung captured this excellent action-shot (below) working the electric, eyes on the Raymarine and coping with the strong winds. 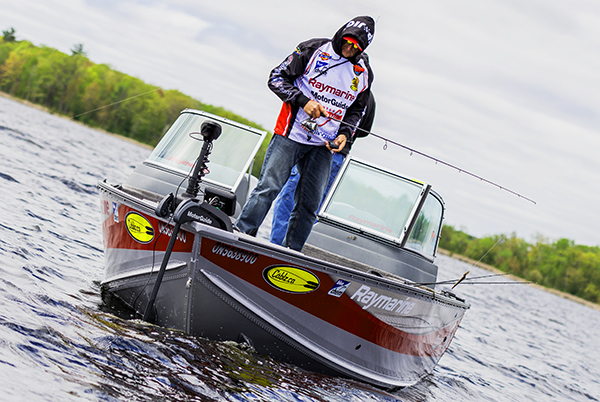 Thanks to the Motorguide Xi5 we were able to “‘spot-anchor” off-and-on to enable us to fish the exact locations where the heavier weeds met the smaller new growth. That was the pattern the produced consistently even in tough wind conditions.

The Raymarine Dragonfly Pro7 series was amazing to show us the weedlines and even fish cruising by. Not all the fish were active, but the ones that were fell for the twitch-bait being worked just off the weeds! 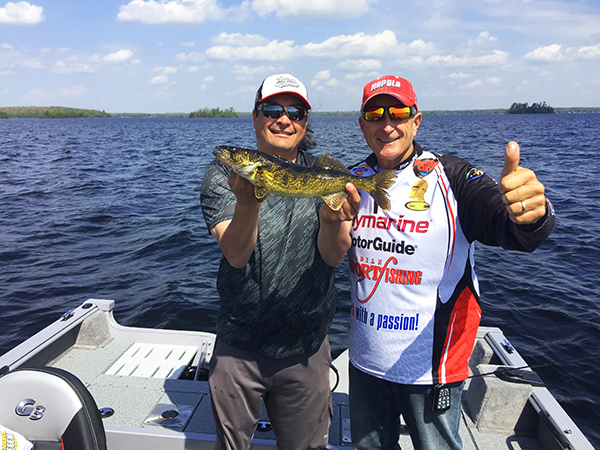 We landed walleye ranging from 12″, right up to 26″. As most of you know there is a slot limit in place on the Kawartha Lakes and any fish outside of the slow have to be handled carefully, and released quickly.  Even though we landed several fish in the slot, all fish were released unharmed. 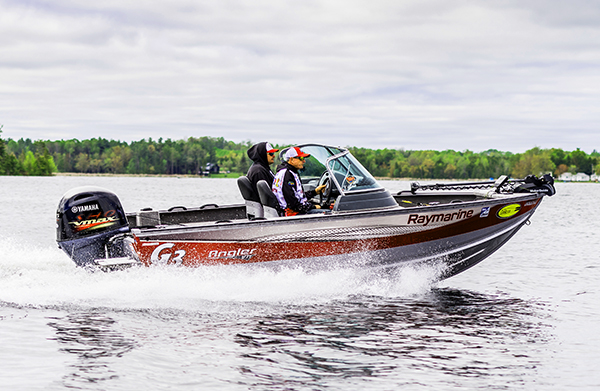 This was my first opportunity to fish out of the new G3 Angler V17SF and I was really impressed with with it’s deeper/wider hull, tons of space in the compartments, the large live well, and it’s performance with the new Yamaha 4-stroke, in-line 115 hp outboard. Fully loaded the boat had an average top-end speed of 43 mph (definitely faster than last years model), and it handled the wind under electric motor power exquisitely!! Thanks to Peter Yeung for the great running shot & Scotsman Point Cottage Resort shorelines below. 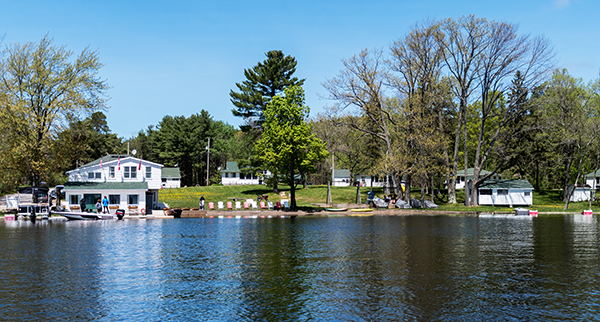 Our home-base was Scotsman Point Cottage Resort on the north-shore of Buckhorn Lake, ON. We stayed in a very comfortable cottage and enjoyed excellent meals. I really like the “fisherman-friendly” main dock and smaller docks that are located in a protective bay just inside the point. While we were there there was a large group of families that stayed there and I was pleasantly surprised to see the kids catching all kinds of panfish off the dock…great place for avid anglers and a family vacation! 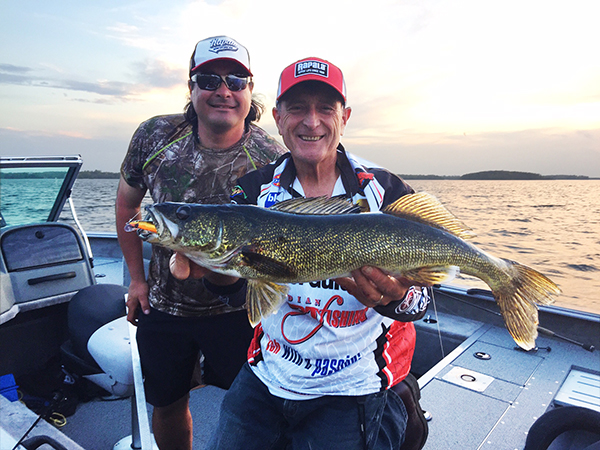