Our feature images shows the 3rd Annual Indian Trout Fishing Championships being held in Himachel Pradesh (northern India). Nice to see a trout “catch& release” competition in India!! I have the pleasure of travelling throughout India on three different locations and also filming from the Bay of Bengal to the Greater Himalayas. In Himachael Pradesh we fished for brown and rainbow trout in the pristine streams and rivers that are fed by the mountain snow. 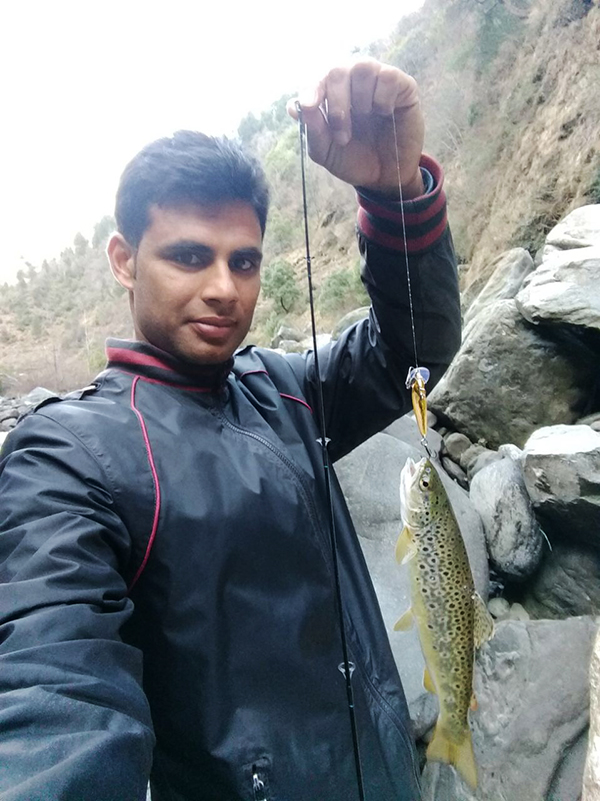 From having the shows on our Italo Labignan YouTube channel I became friends with Puneet Saini who lives in the valley and has been “hooked” on trout fishing. So much so that I sent Puneet a little gift-pack of lures I knew he would have a hard time getting, that would work for trout and Golden Mahseer. Above you can see him holding up his first trout from this winter caught on his first cast on a Scatter Rap! 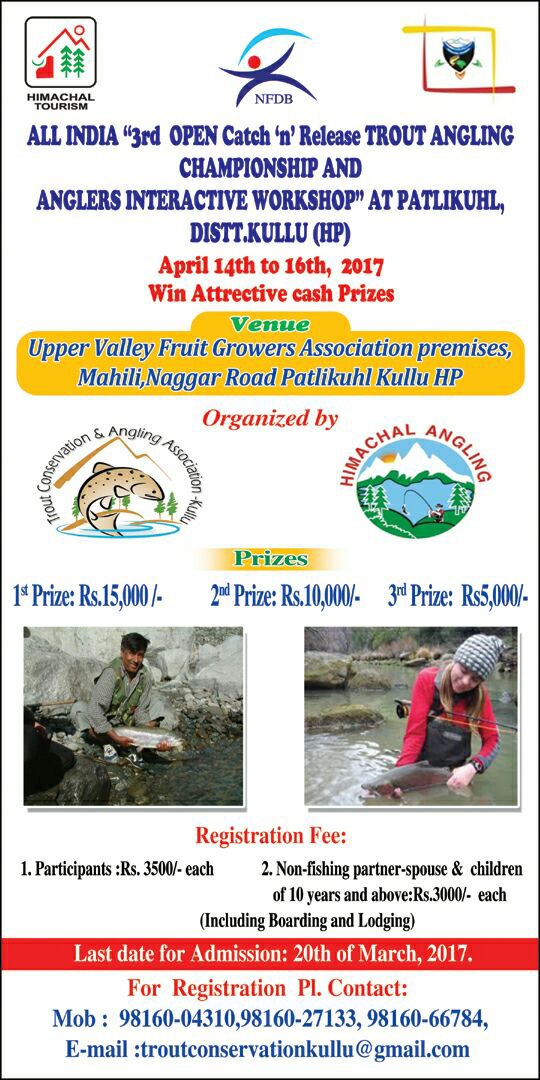 This entry was posted on Friday, March 17th, 2017 at 10:30 am and is filed under News. You can follow any responses to this entry through the RSS 2.0 feed. You can leave a response, or trackback from your own site.