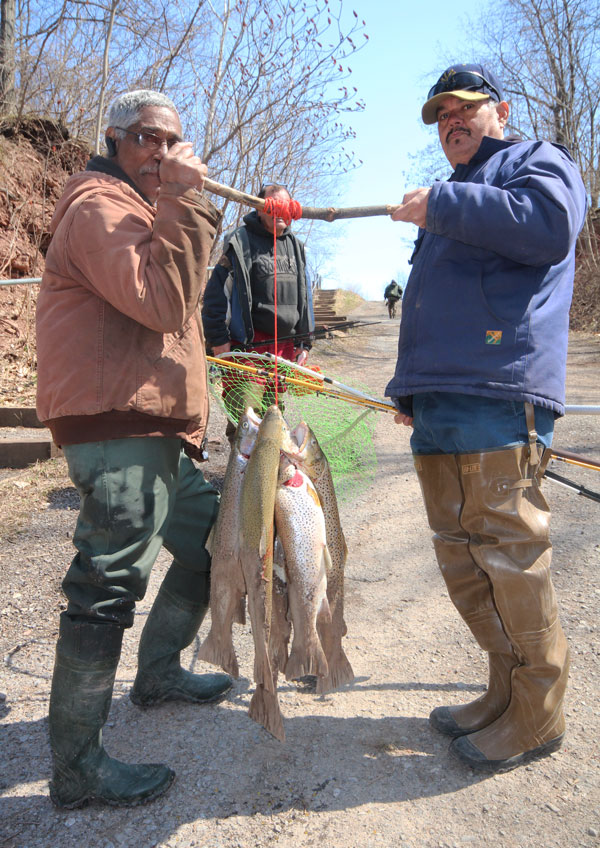 My wife Barbara, our pup Mulligan and I again checked the conditions of the Lake Ontario tributaries on the Upper NY side of the lake.  Water levels were slightly lower, but the water was still high and murky.  Few anglers were out which was a sign that the fishing was still tought.As we walked down the patch we saw this group of anglers that were visiting from Puerto Rico and who took advantage of the steelehead fishing .  As you can see form the image above, they caught a mixed bag of trophy brown and steelhead. 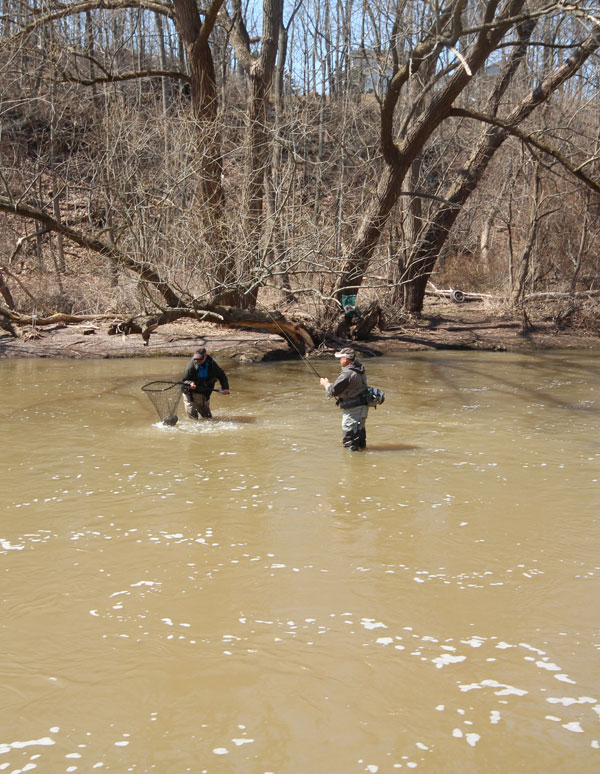 As we started walking along the stream we saw another anglers with a steelhead on and his friend landing it….all optimistic signs that the fish were hitting! 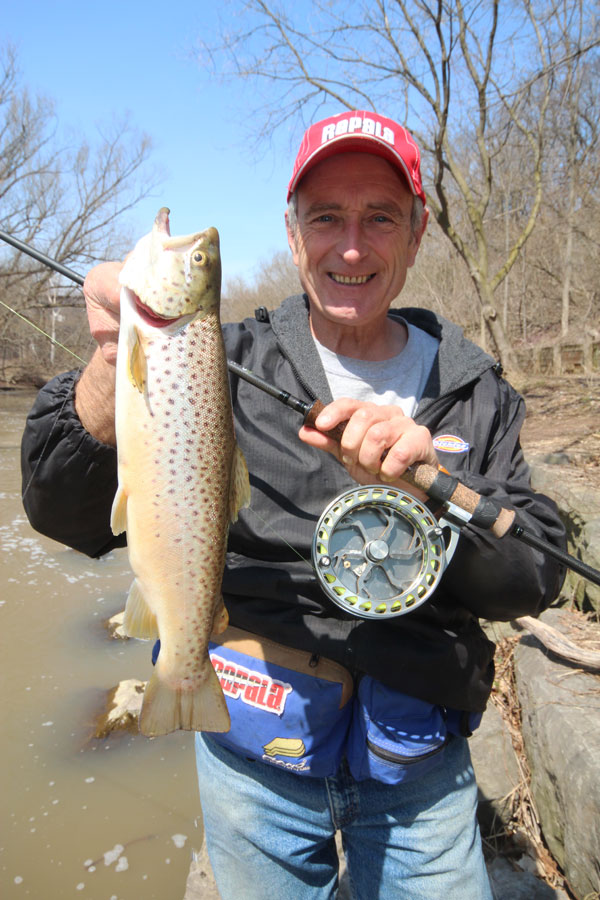 Barb & I started drifting one of our favorite runs and it was not long until I tied into this nice brown trout.  Shortly after I lost a nice steelhead and than landed a trophy steelhead that fought and took me about 200 yds down river.  I was using the Rapala R-Type 11 1/2′ Drift Rod with the Rapala Set-back Center Pin reel and loaded with Sufix Tritanium yellow line, a Sufix Fluorocarbon Leader and a #10 Gamagatsu Octopus hook.  I drifted the TriggerX single salmon egg in the natural color. 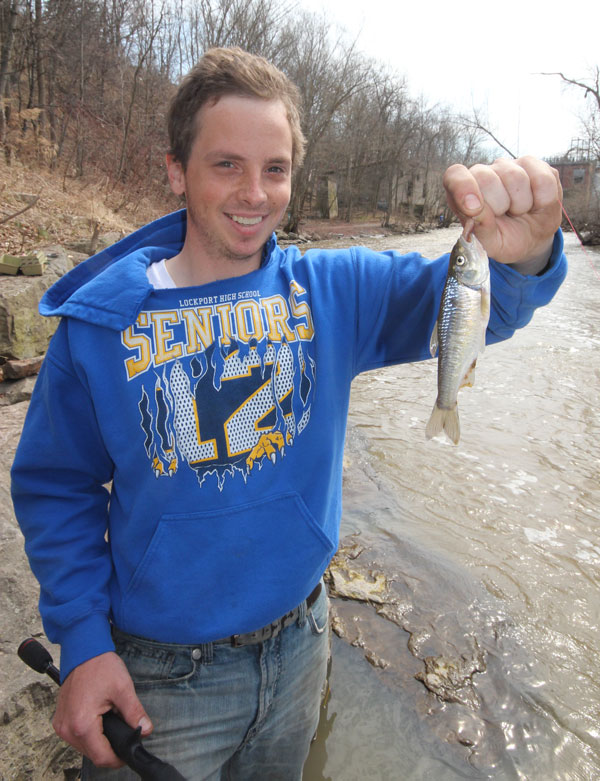 Joe, a friend we met on the bank was fishing pieces of worms and cought a couple of gobies and this common shiner. 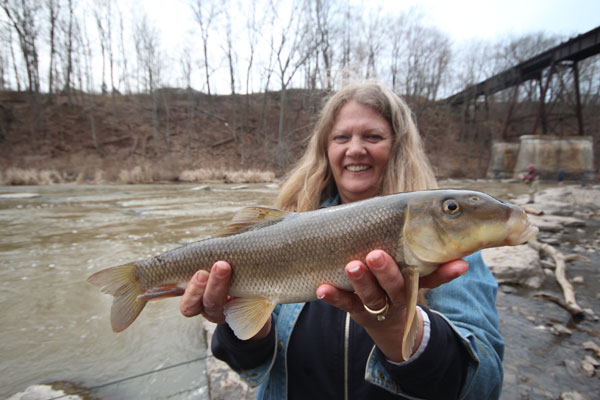 Barb holds up a white sucker which is common to catch while drifting for steelhead in the spring.