Benjamin Reubeni and I spent the last 5-years developing and producing a saltwater spinning reel built from solid stainless steel, brass and aluminum components. The biggest innovation of the BOOM spinning reel is it’s unique spool.

1.I was inspired to come up with a spool that would prevent limp lines (like “experienced” braid), from laying across the front of the spool at the end of a cast resulting in line that was being reeled-in to go and remain on the top of the spool. When an angler proceeds to make his next cast, his distance is shortened and when the line coming off the spool reaches the strand that goes across the top of the spool it often produces a line tangle which most anglers refer to as a “wind-knot”. This line tangle is not created by the wind, but due to the design flaw of all other spinning reel spools. Solution: Create a perfectly smooth top of spool with no flat spots. Design completely ergonomic and functional way to set the drag.

2.I was challenged to design a spinning reel spool where the line would “fly-off” the inside top of the spool with as little resistance as possible, even if the reel was not loaded to proper capacity with fishing line. Solution: Create a smooth angle from the inside base of the spool to the top inside edge of the spool.

3.Lastly I was challenged to design a spinning reel spool where the top of the spool edge would also not impede the line from maximizing it’s distance when unloading from the spool. Solution: Create a wider and perfectly smooth edge as opposed to a 90-degree “hard-edge”. 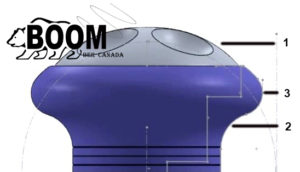 The concept for the new design was to produce a spinning reel spool that had no “flat-spots” on the top of the spool, that would “unload” line faster through the cast and increase casting distance. 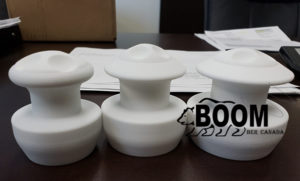 Many prototype spools were created from the engineering drawings and tested both in salt and freshwater for their performance.

After many trials and modifications the final spool designed was confirmed and production began. 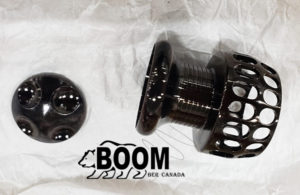 The spool was also heavily “ported” to allow proper ventilation as wet line is loaded on the reel. This “vents” the line quicker to release excess water which makes for easy “flushing’ of the reel after saltwater use and to increase casting distance while fishing. The spools are also finished in a nickel or zinc-nickel finish, the same finish used on satellites and submarines. 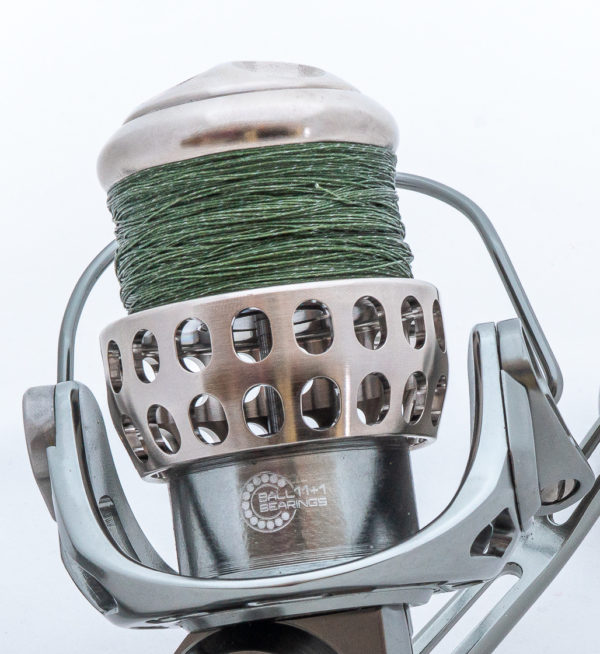