Our TV crew just got back from filming about 800 miles north of Vancouver, BC for trophy Coho salmon and steelhead. I gave an open invite for anyone that would like to join us on this trip through our social media and had the pleasure of having Jonathan & Daniel Katz and their uncle David Bielski join us. 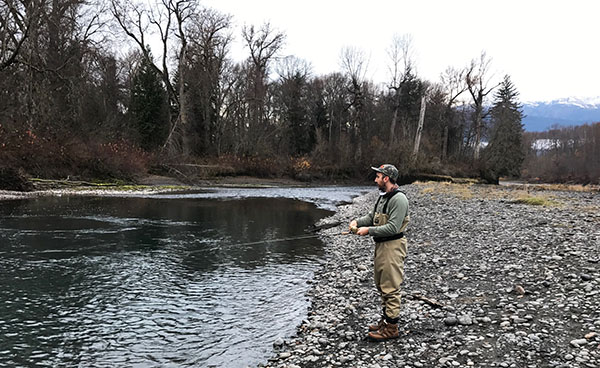 David lives in BC, and Jonathan & Daniel are form Ontario. This was the boys first time fishing in that part of BC. They mostly concentrated on going after Coho salmon and fished tributaries of the Skeena and Nass River systems. 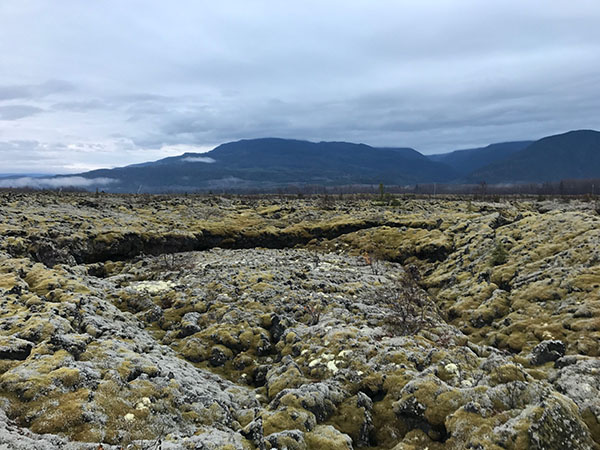 On a couple of days they traveled about 2 hrs. from Kitimat Lodge to fish a distant tributary full of salmon. To reach their fish they had to hike about 1km which included going over a “lava-field” that is quite unique for Canada. 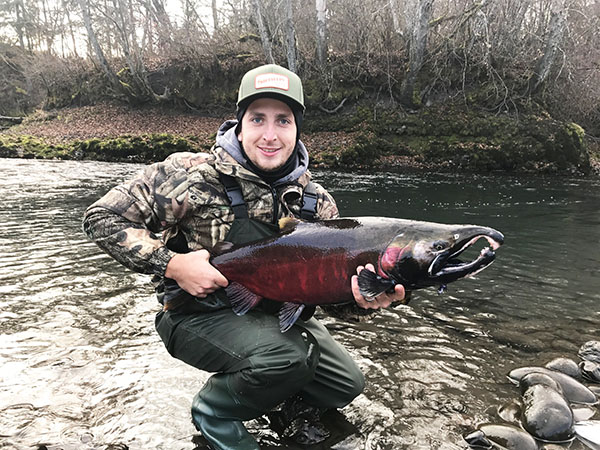 It was worth while though. They caught up to 50 salmon an outing fishing roe bags and hot pink jigs. They caught & released enough fish that their wrists and arms were indeed sore….that’s a sign of a very successful trip. If you would like to enjoy world-class fishing salmon, steelhead and trout fishing give Tracey Hittel a call at Kitimat Lodge and book a trip. 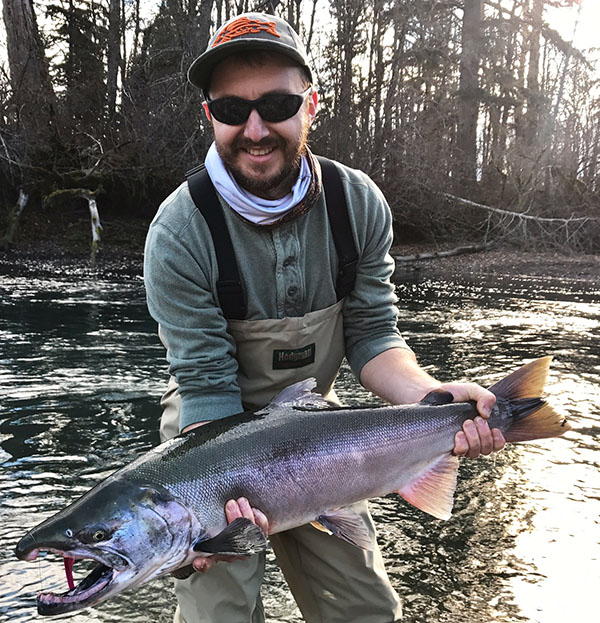