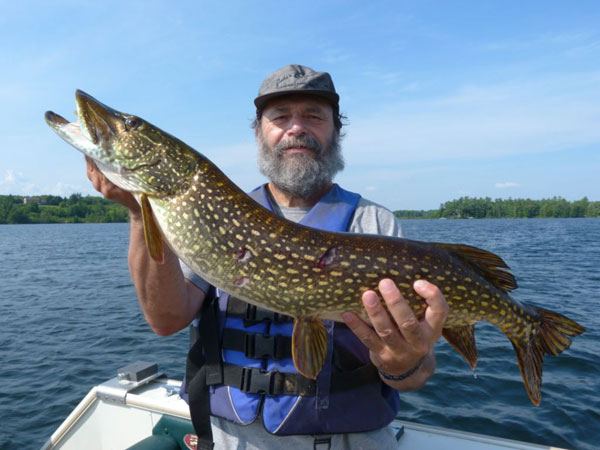 Our good friend Gerald Fisher just returned from visiting with my brother & family in Kingston, ON. He was able to get out fishing for four hours yesterday afternoon on a small lake north of Kingston.  They hired one of their favorite guides, Dave Curtis of Fishing Fanatics Guide Service 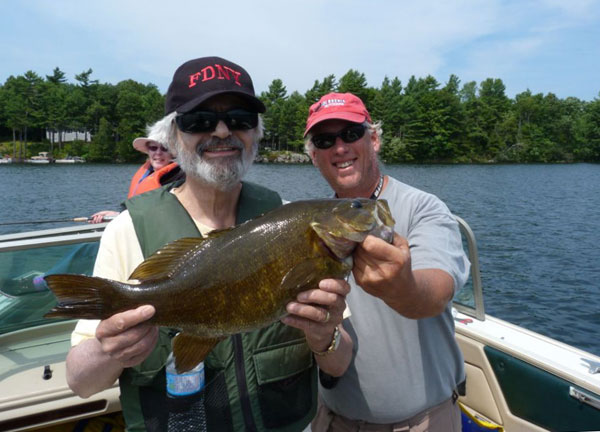 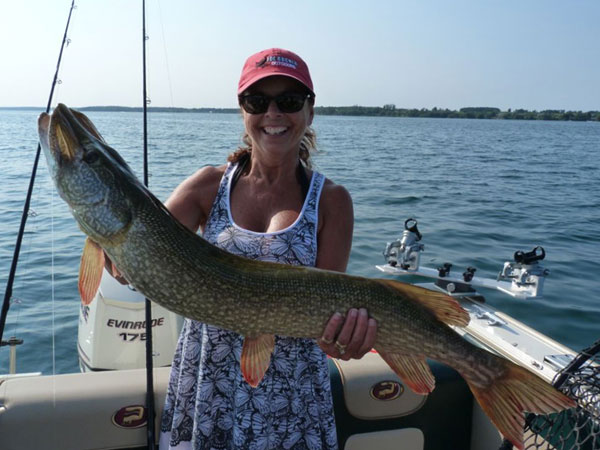 Dave also included a photo of his wife with a big pike, caught from the St Lawrence river, just east of Kingston.  Musky is Dave’s specialty, so if you or someone you know is looking for a serious musky adventure, you might want to contact him.

Dave had a question about tactics for deep holding walleye, which I was pleased to answer:

“There is a big walleye bite going on right now, close to my usual zone, Pike is excellent, and muskies are coming on…and we can catch 10+ walleyes too…..if you can stand the trolling. We might be able to catch them casting, although not the best option. Might want ask Italo how he would catch walleyes laying on bottom in 28 feet during day.  I think we can catch them on the new jigging rap, or similar design.”

Hi Dave, you may want to try a few tactics. My first choice would be to use a “feeding presentation” and “drag” either a jig/plastic grub like a TriggerX Paddle Tail or Finesse Minnow, or a worm-harness/bottom walking sinker in front of the walleye.

If that does not trigger a bite, than I would go to a more aggressive “striking” presentation that would indeed include “snapping” the Rapala Snap Rap, and also either jigging a vertical jigging spoon like the More Silda, or Jigging Rapala.