Probably as many of you know, in the old days the Trent River connected Lake Ontario to Lake Huron. When dams/locks were erected to create the Trent-Severn  Waterway lakes were created that today we know as the Kawartha Lakes. Back in the days when there were no dams/locks, an assortment of fish species lived in harmony in the river and the two Great Lakes at the river mouths. These included bass, pike, walleye, musky, panfish and course fish. Since the creation of the lakes some fish species became segregated, but now are making their way back to the Kawartha’s. These include the crappie and pike. 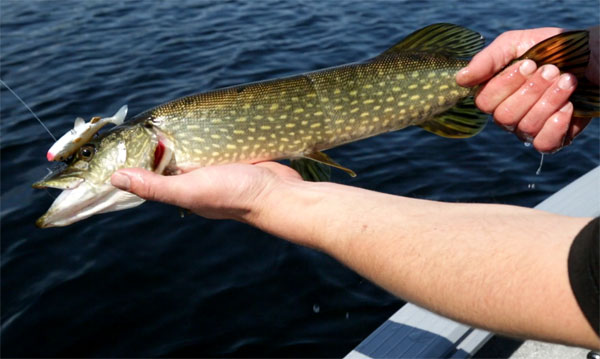 Here is a nice-size pike Ed Dolstra caught while fishing Balsam Lake. While there are lot’s of pike in Canal Lake, they have not been commonly caught in Balsam Lake. Maybe in the future we will see more!