Have you seen that nice tall grass that often grown in the ditches along highways in southern Ontario? It looks like a giant foxtail-grass. It has a hollow stem, can grown to over 6′ in height and at the top has a flowering head the size of a squirrel tail. Its scientific name is Phragmites australis commonly known as the common reed.

It is an invasive perennial grass that has caused severe damage to wetlands and beaches in Ontario for several decades. It is unclear exactly how invasive Phragmites (pronounced “frag-my-teez”) was transported to North America from its native home in Eurasia. In 2005, it was identified as the nation’s “worst” invasive plant species by researchers at Agriculture and Agri-food Canada. Despite this designation, invasive Phragmites is still sold as an ornamental plant in some garden centers.

Invasive Phragmites is a very aggressive plant that spreads rapidly and out-competes native species for water and nutrients. This invasive species thrives in disturbed habitats and is often among the first species to colonize these areas. Invasive Phragmites has an intricate system of specialized roots that secrete toxins into the soil to impede the growth of and kill neighbouring plants. While invasive Phragmites prefers areas of standing water, its roots can grow to extreme lengths. These roots can also extend deep into the soil to find and access moisture, allowing the plant to survive in relatively dry areas.

Stands of invasive Phragmites reproduce primarily through the extension of runners or through the dispersal of root fragments that readily grow into new plants. Root fragments can be transported by flowing water or winds or moved around by animals. Human actions, such as the horticultural and agricultural trades or the movement of boats, trailers, and ATVs, can also disperse root fragments. Once it is established, a new invasive Phragmites plant can grow several meters in height and produce up to 2000 seeds every year.

Our friend Yukka Leno who lives in Finland and which I had the pleasure of fishing with producing TV shows in the Sea of Finland and the Olin Archipelago shared these photos of his water front where he had a productive spawning bay for Northern Pike. 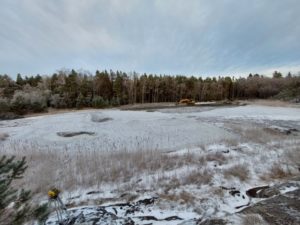 The image above shows the bay before the “reed” invasion. 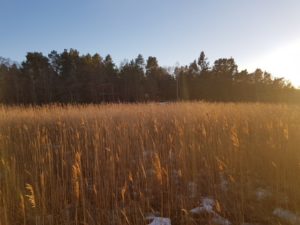 The above image shows the bay after the “reed” invasion. You can see that it has completely taken over and grown in. No more Pike spawning site. This is destructive plant that grows in wet areas and prevents other good aquatic plants from growing there like cattail that filters water and provides critical and much needed habitat. 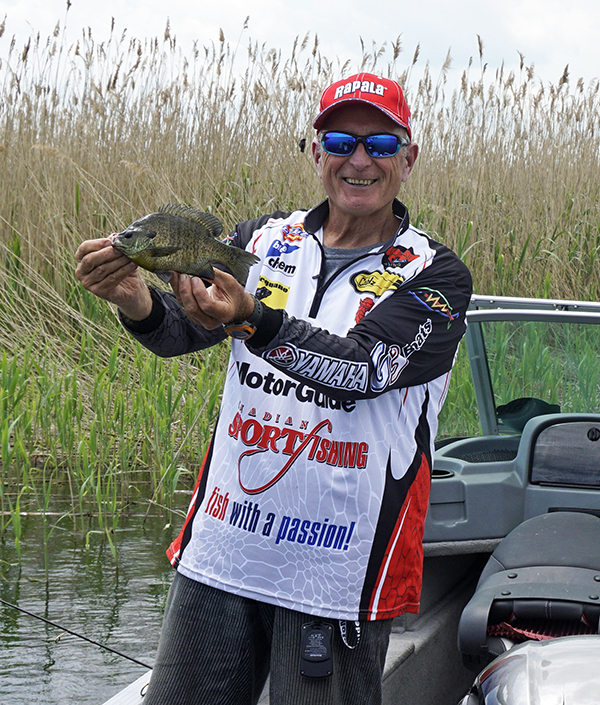