Bad news for Canadian fish: Fewer people are fishing them.

A prominent Ottawa biologist wants more of us to pick up a fishing rod and reconnect with nature as a way of protecting our lakes and rivers and the wildlife in them. Steven Cooke of Carleton University says the latest survey from Fisheries and Oceans Canada shows a problem: Fishing is at risk of becoming an old man’s pastime. Released two weeks ago, the Survey of Recreational Fishing in Canada, 2015 shows that the sport fishing population “continues to age. So we are failing to recruit new anglers,” he said. Fewer hooks in the water may sound like good news for fish, but Cooke says it is not.

“That is alarming to me in that it suggests that people are becoming disconnected with nature. In the future, the idea of fishing, and hunting presumably as well, will just be foreign to a lot of people because everybody will be living in cities and focused on technology, and not having access to the natural world,” he said.

“So as a conservation scientist, the fact that there is an aging angling population is troubling.” Sport fishers remain 79 per cent male, which is the traditional proportion, the DFO survey suggests. Cooke said he feels the marketing of fishing could use some new ideas, and they don’t all have a lot to do with catching a fish. “It’s about providing a leisure experience that allows people to connect with their friends and families, and spend time outdoors. … The fish are a reason to come together.” DFO’s data from 2015 represent Canada’s 45th year of doing surveys at five-year intervals.  “Canada is the only country in the world that does a survey like this,” Cooke said. While other countries measure the economic impact of fishing — on tourism, for instance — Canada stands alone in analyzing what people catch, what they release and the biological aspect of fishing. And he said the national survey contains such extensive detail that provinces and territories can pull out data on small areas, not just national trends. “So based on the survey, what was the impact on Lake Simcoe or Eastern Lake Ontario?” Cooke, who has a Canada Research Chair in environmental science and biology, is part of an international team who contend the management of sports fisheries needs a makeover. They published a paper this week in a science journal called Proceedings of the National Academy of Sciences (PNAS). Recreational fishing was worth $7.9 billion to the Canadian economy in 2015, the DFO survey showed, including purchases such as boats, motors and lodging. This is more than double the value of commercial fishing (excluding fish farms). Yet Cooke said recreational fishing “flies under the radar.” And he argues that people involved in recreational fishing need a bigger voice in fisheries management by governments. His team’s paper argues that “the needs and peculiarities of (the world’s) 220 million recreational fishers have largely been ignored in international fisheries and conservation policy. This gives rise to conflicts and loss of social welfare, and is not conducive to the sustainable management of fish stocks.” – Article courtesy of Ottawa Citizen 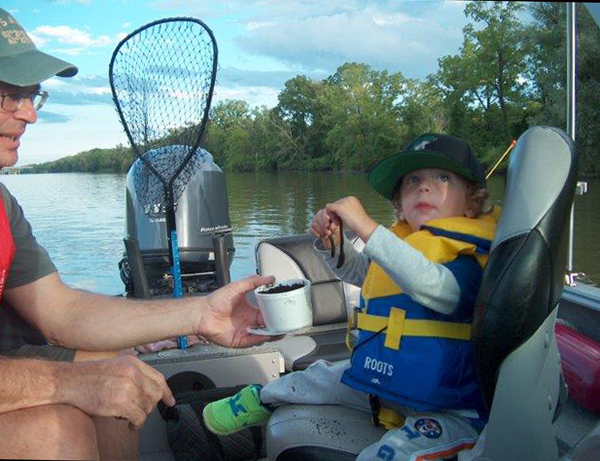 This entry was posted on Tuesday, April 16th, 2019 at 10:00 am and is filed under News. You can follow any responses to this entry through the RSS 2.0 feed. Both comments and pings are currently closed.