Aquaculture industry told: ‘Put your money where your mouth is’

Anglers are asking the aquaculture industry to prove that it doesn’t harm wild salmon by ‘putting its money where its mouth is’.

With the prized species in decline, opponents of pen fish farming have told aquaculture companies they should fund research into the effects of the controversial practice. The Salmonid Association of Eastern Newfoundland (SAEN) is asking that studies be made to measure the impact on rivers in Placentia Bay, a prime destination for anglers with almost 30 salmon rivers.

More than $250 million has been invested in salmon farming by Greig NL, the company that plans to install salmon cages in the bay by the end of this year. In a press release, SAEN cited studies indicating that net pen systems have a negative impact on wild salmon populations, telling fish farmers to ‘put your money where your mouth is‘. But fish farmers have hit back by saying other factors are involved in diminishing populations, including catch and release.

SAEN’s Executive Director, Robert Bishop, said there is clear evidence that when salmon farms are located near rivers with wild salmon stocks, the fish decline and disappear. He pointed to examples in Scotland, Norway, the Bay of Fundy (Maine), the River Conne and Bay d”Espoir (both Newfoundland). “If you and your members truly believe that open pen salmonid aquaculture has no negative impacts on wild Atlantic salmon, here’s your chance to prove it,” he said.

The group says the study should include counting fences on rivers near fish farms, genetic studies to track changes in the salmon population, smolt counting and sea lice monitoring. But Mark Lane, Executive Director for the Newfoundland and Labrador Aquaculture Industry Association, told the SaltWire.com website that many other factors, such as industrialisation, habitat loss, commercial fishing and by-catch, angling, catch-and-release, poaching and seals should also be considered.

He argued that the logic that aquaculture is to blame doesn’t hold up because other areas in the Canadian province with no aquaculture operations also had low returns of wild salmon. Lane hit back at SAEN, saying it should acknowledge that angling and catch and release are also factors. “The angling community needs to clean up their own back yard,” he said. “They can’t even determine if catch and release is bad for fish.” 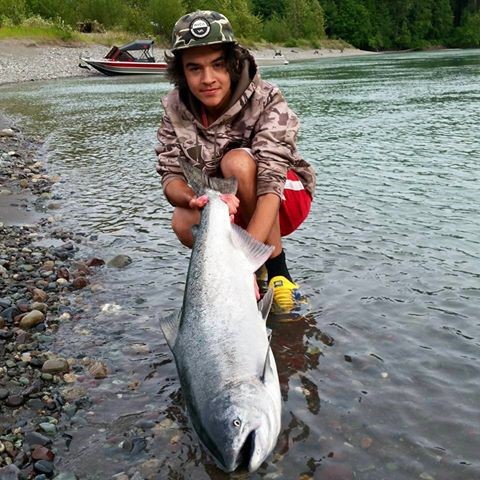