Amazing Day on the Niagara River

I had Mike Miltenburg and Andy Todd out for some steelhead fun on the Niagara River today. What a day we had! It was a bit slow in the morning, but the afternoon was gang busters. Crazy action drifting roe on three-way rigs along with the bottom current. The average size was fairly large and they fought surprising well as the day grew warmer.

The water temp is still only 34F, which is ice cold for this time of year. The water colour has a nice stain to it currently. Our best depths were roughly 18 feet deep.

Boat control was tricky with the high winds and strong currents, but we managed it well with my bow-mount Minn Kota electric motor. We drifted rainbow trout eggs tied in Spawn Net in white, peach, chartreuse and pink. All the colours worked well. We also got some bites on pink worms and single eggs. My Rapala North Coast rod performed perfectly with the RType spinning reel and 8lb Sufix Siege line. Gamakatsu octopus hooks in size 8 with an 8-foot 6lb fluorocarbon leader worked great. We used  3/4oz slinkies that my Son and wife helped me make up the night before. 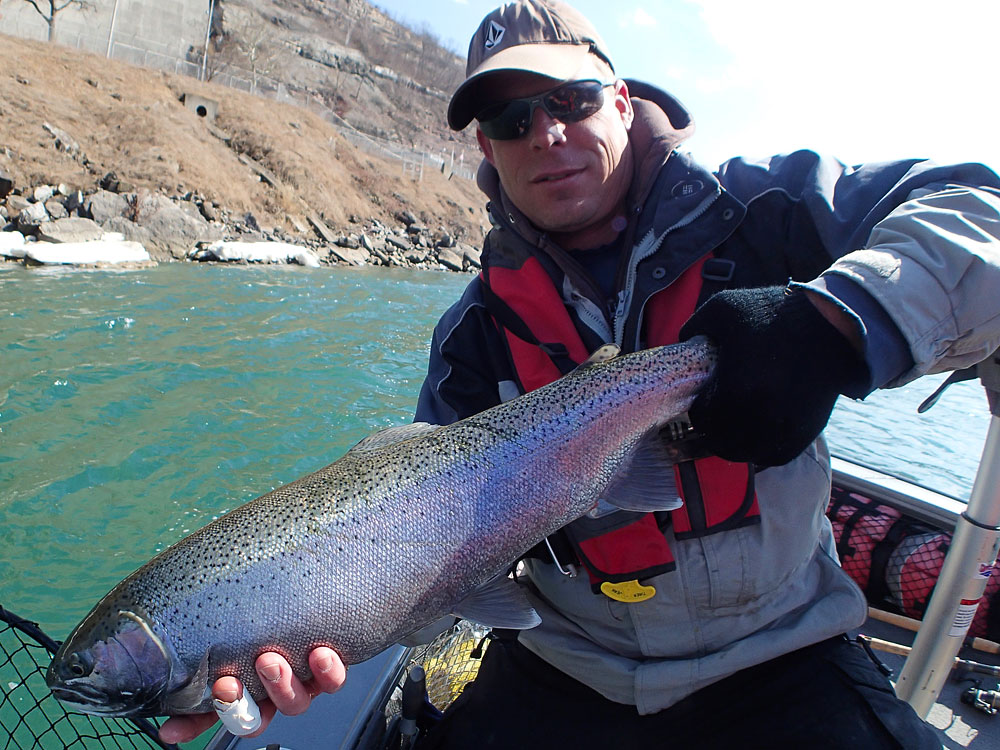 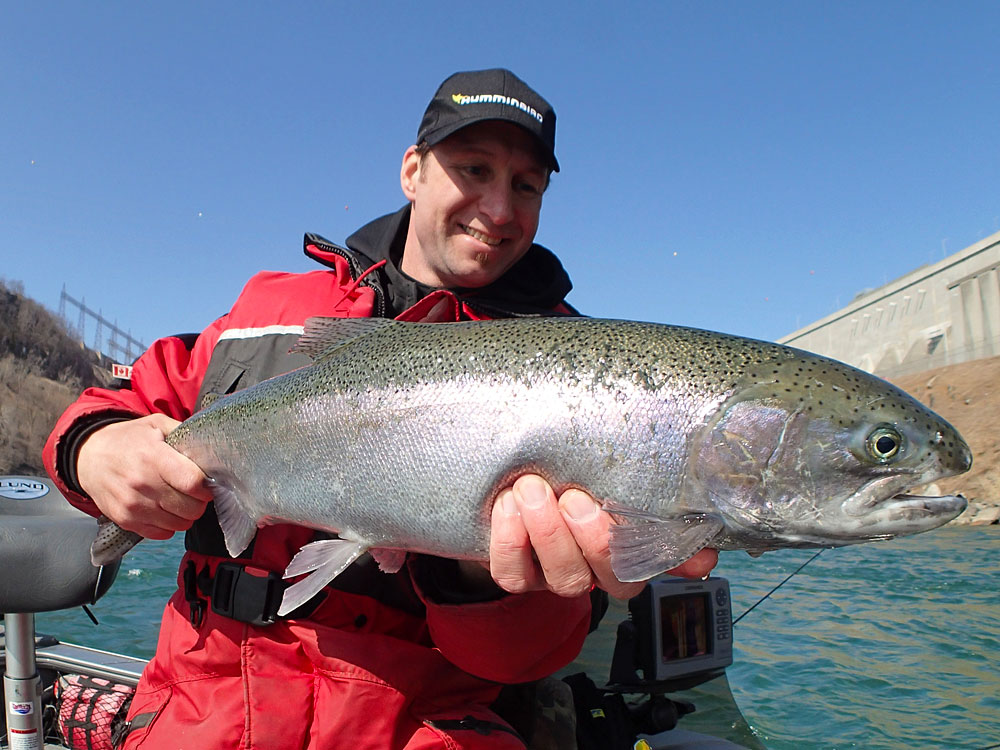 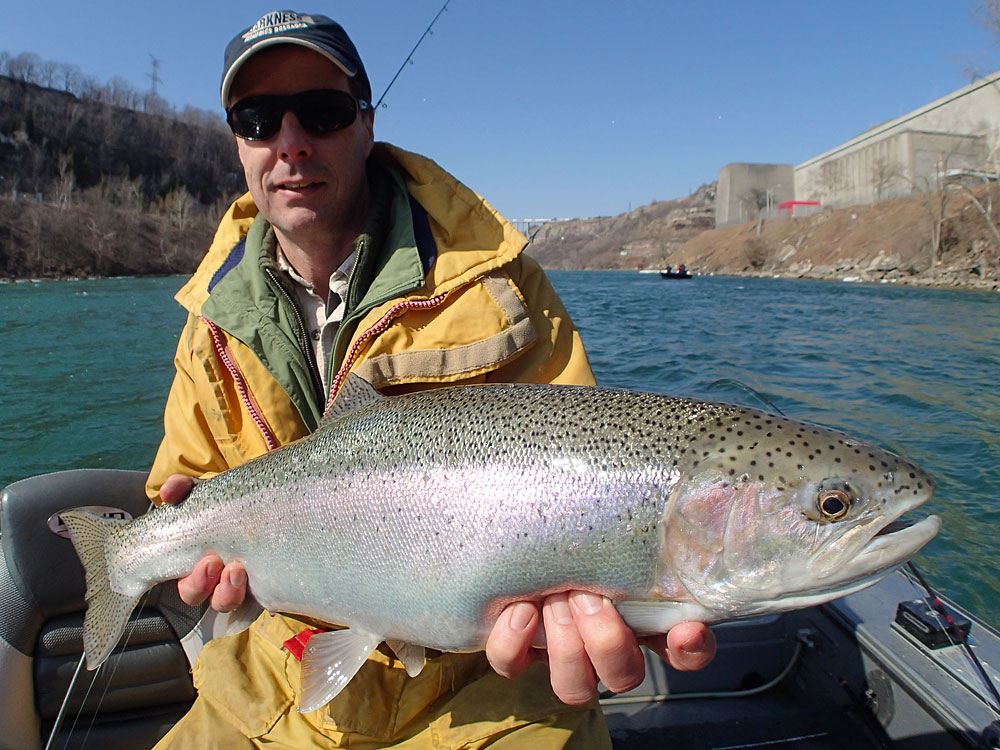 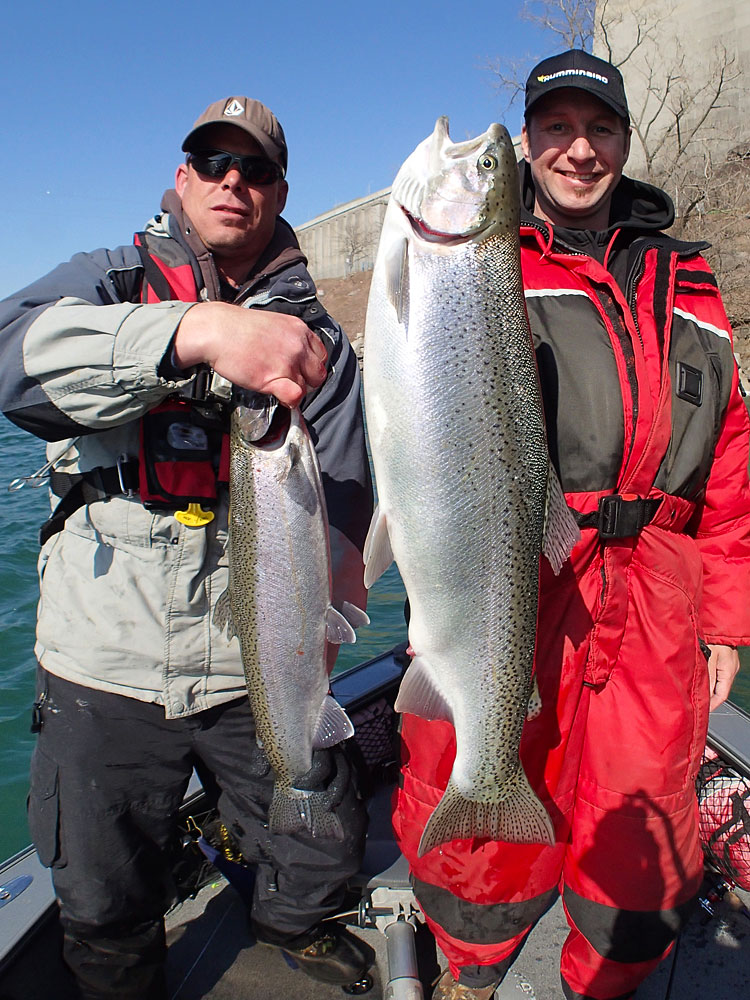 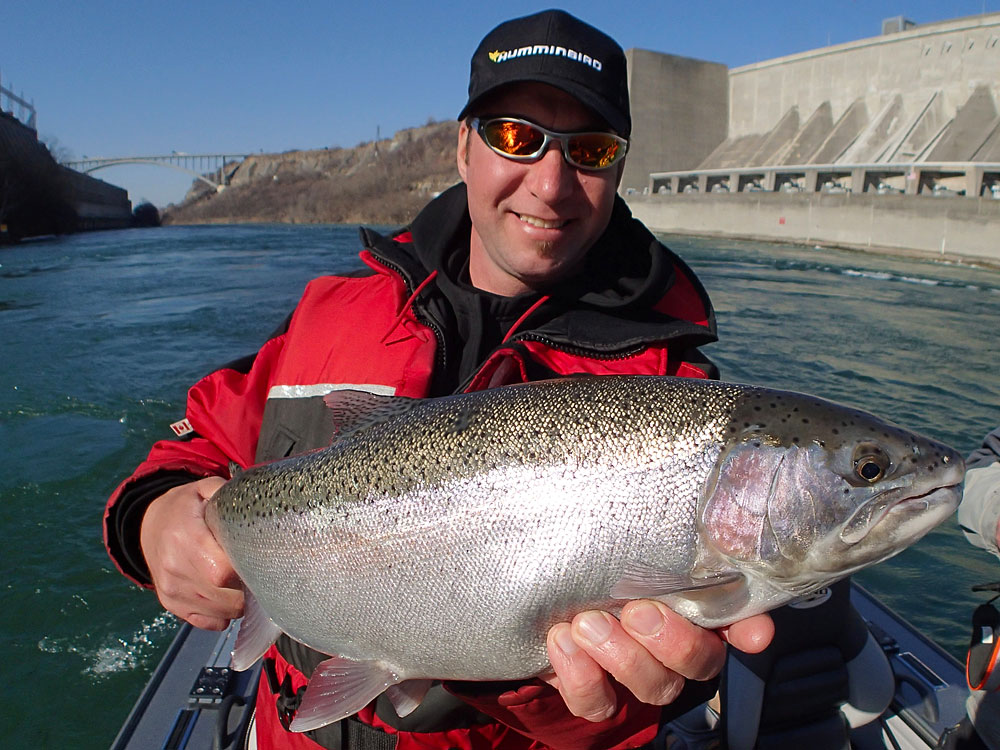 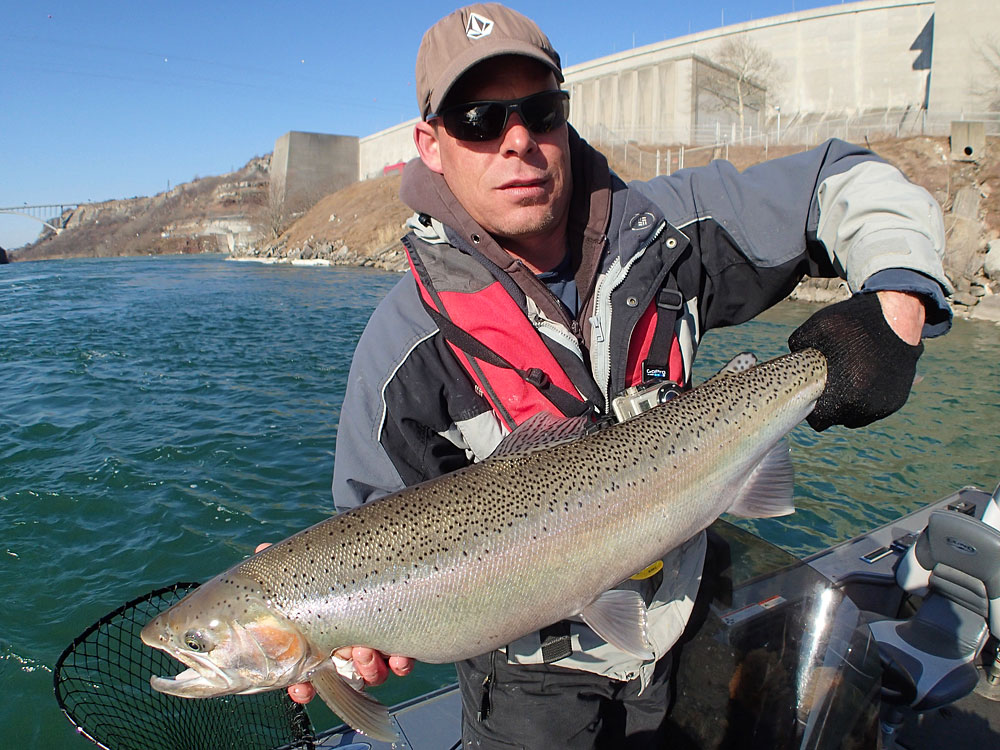 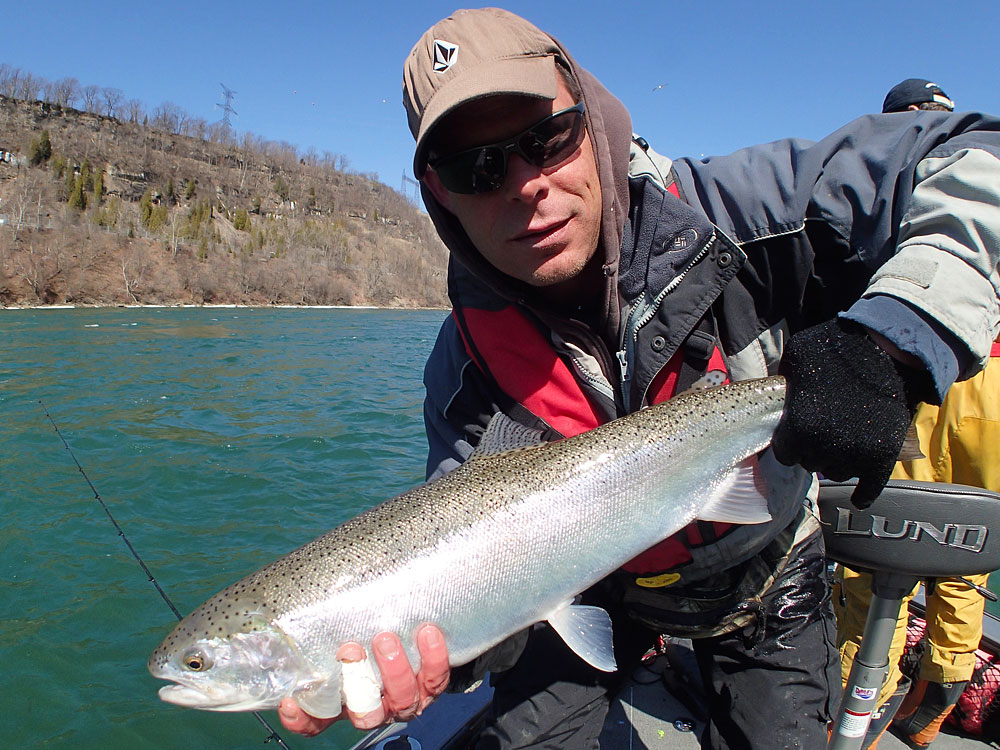 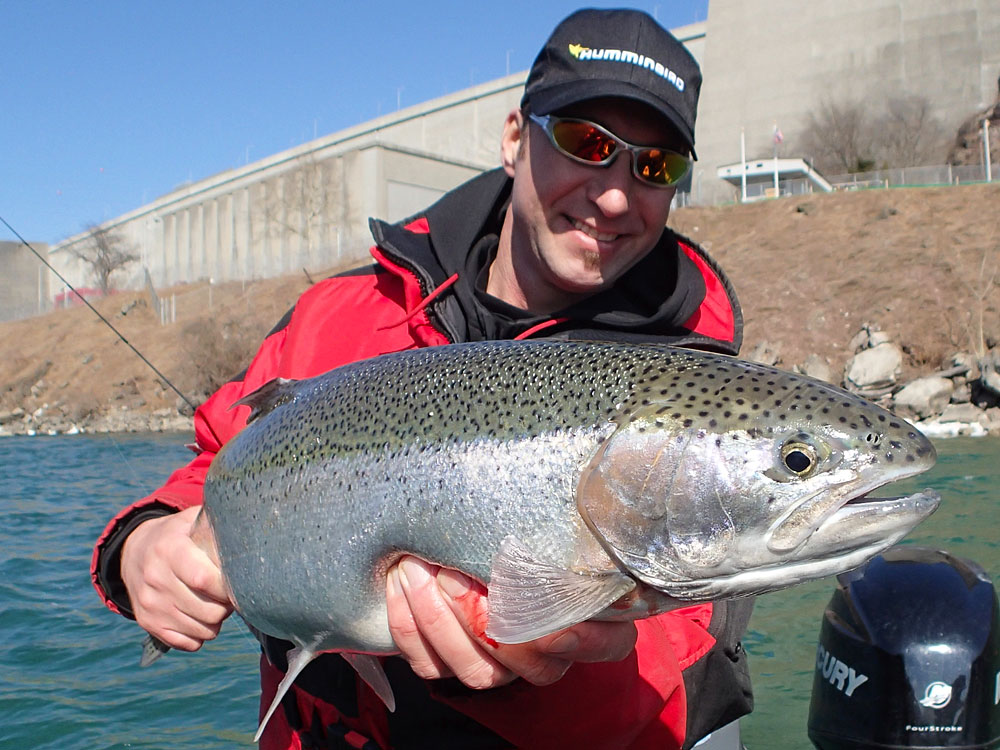 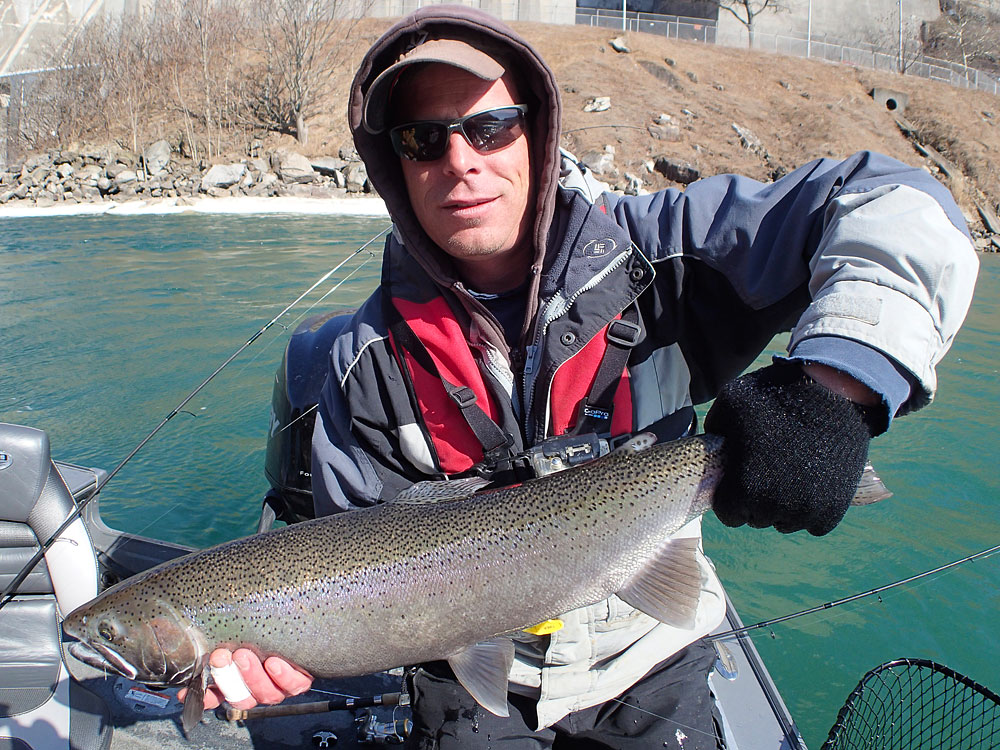 The Niagara River will continue to be good into June this year with the later weather pattern. We can fish steelhead in shorts and sandals later on!