Add some Voodoo for Steelhead and Migratory Brown trout success!

Even though I have been a steelheader before the term existed in the Great Lakes (back in the 70’s), I only started fishing the Upper NY tributaries in the early 2000’s. One thing I observed and learned real fast was that small hair jigs can out-produce roe bags on many days.

Don’t get me wrong, I use roe as much as other steelheaders along with soft and hard beads, and small soft-plastic worms and grubs, but I have to admit that in the last decade I have done extremely well fishing small maribou jigs and jig-flies 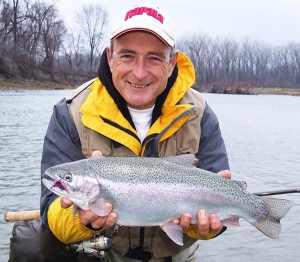 Some of my favorite are hand made by Tom Andres who is a dedicated steelheader himself and operates www.voodoocustomtackle.com . 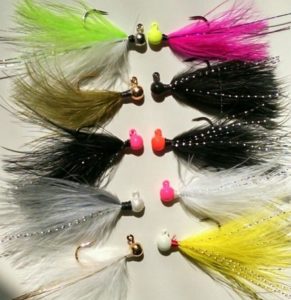 In past years I have had great luck fishing his small marabou jigs shown above under a senstive float. I don’t just dead-drift the jigs, I work my float so it looks like a top-water lure going along the surface which produces a swimming action with the jig which steelhead & browns can’t resist! 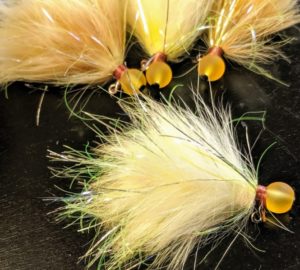 More recently I have been using Tom’s realistic bead-jigs pictured above. These I dead-drift and also twitch slowly suspended off the bottom. If you have not fished small jigs or jig-flies check out Tom’s website, order a bunch, fish them and you will soon become a convert! 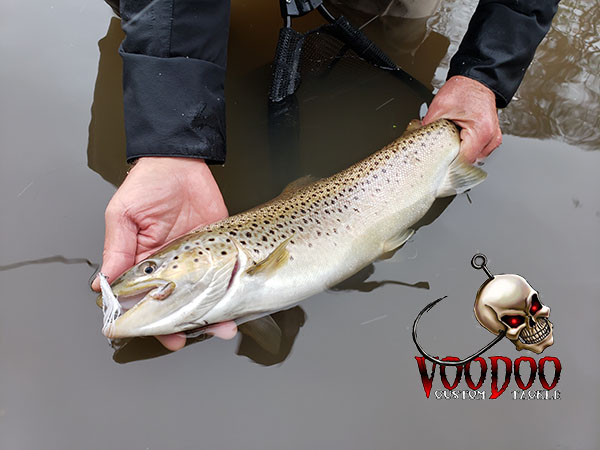