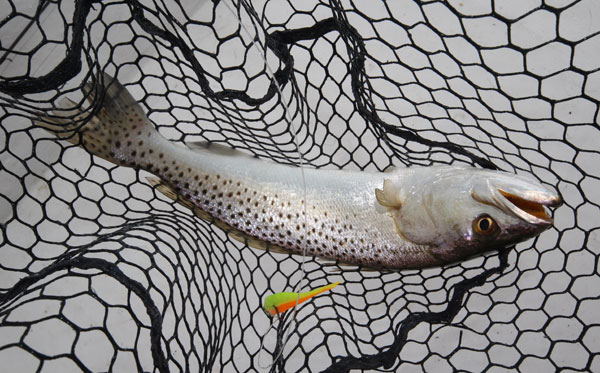 Aaron Shirley and I headed out yesterday to specifically target Spotted Sea Trout at one of my favorite locations near Bokeelia, FL where there are extensive grass flats that meet open water. 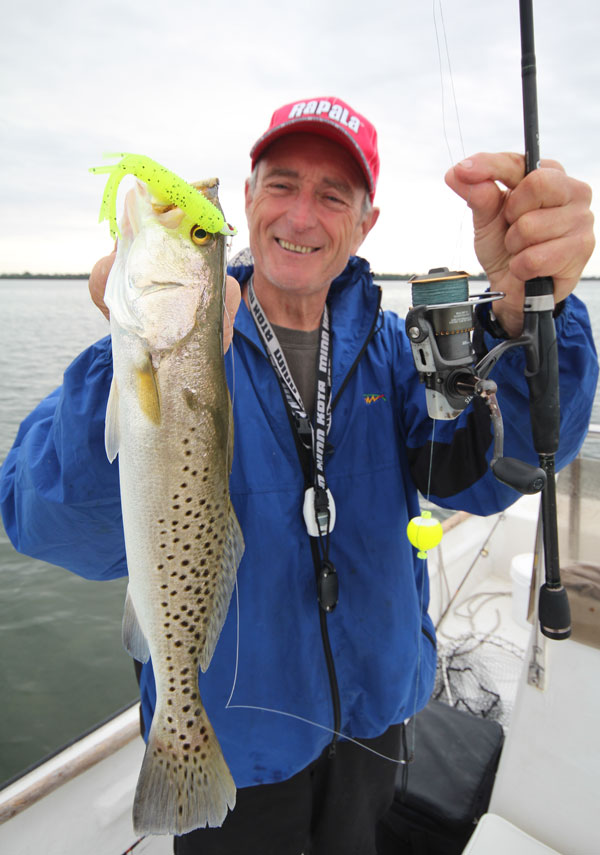 Weather conditions were still cool as a recent cold front moved though again.  Our strategy was to fish “popping-corks” (floats that you aggressively “pop” on the surface to imitate a feeding fish), rigged with a 4′ leader, 1/16 oz. jighead and TriggerX grub. I ended up catching one of the biggest trout fishing the TriggerX Tube in the chartreuse color. 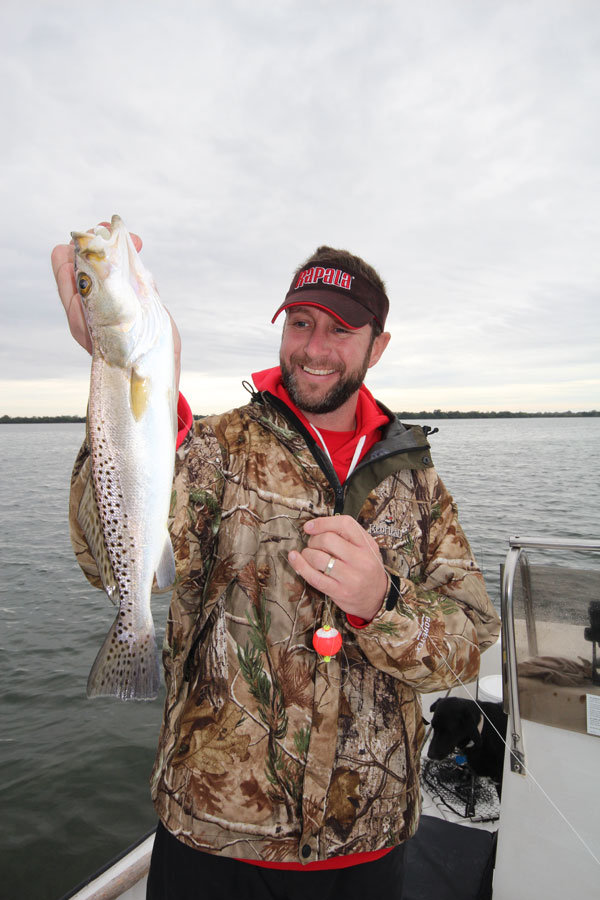 It took us over an hour to locate a school of feeding trout and Aaron started things off by landing the first keeper trout that hit a TriggerX 3 1/2″ Paddle Tail Minnow. The action was quick and it was over and we had a couple of nice trout in the livewell. 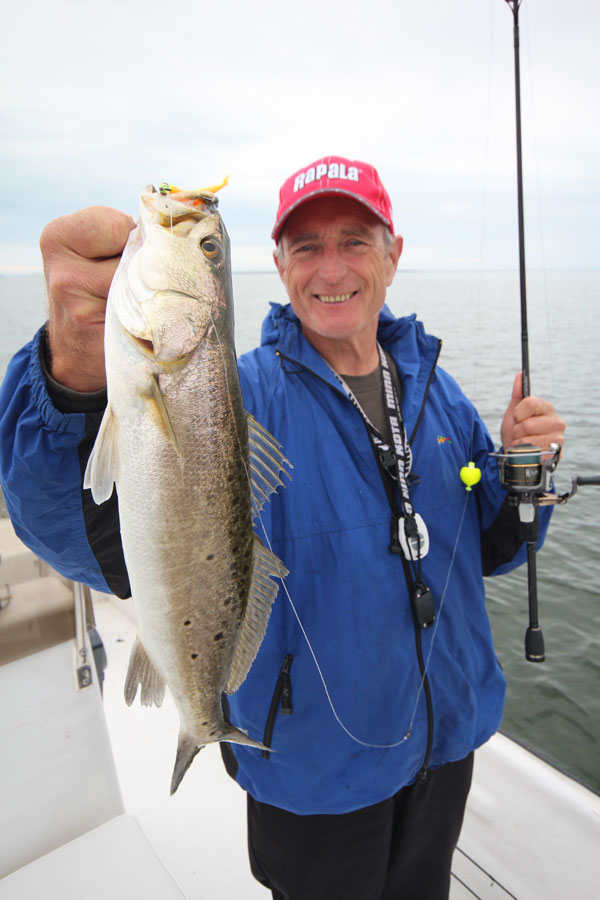 We continued to fish a large grass flat and again found another school of feeding trout and landed about a dozen more fish. I was fortunate to land a really nice chunky trout that ended up being the biggest fish of the outing. 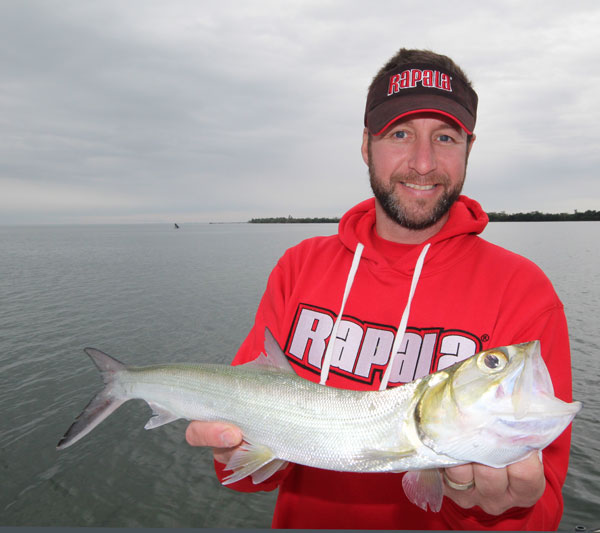 Ladyfish are a common predator feeding on the flats along with Spotted Sea Trout and we caught our share of those.  I even ended up catching a Spanish Mackerel in 2′ of water on the same rig. 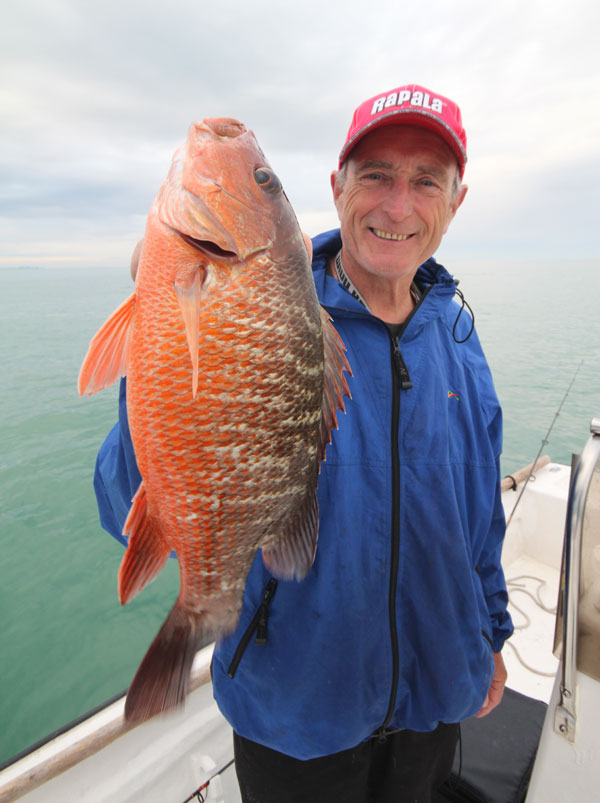 After catching a nice limit of trout we headed back home & stopped for about 1/2 hr. at Boca Grande Pass to do some deep-water, bottom fishing for eating-size snapper. We caught a limit of snapper and Aaron again caught a variety of snapper and small grouper fishing the same area.