A special Anniversary Pike with lot’s of meaning!

I just had to post this message I received from Anne Marine regarding her fathers trophy Pike. It’s message like these that make my heart sore and encourage me to do the best I can do at what God has given me to do. I would encourage you to read on.

“Hi Italo! I hope this message finds you well. I sent it to your Canadian Sportsfishing page as well as I wasn’t sure where you might see this! My name is Anne Marie (writing on behalf of myself and my brother John), and I have been seeing your lovely face on TV for what feels like my entire life. My Dad, Brian, is a huge fan. I wanted to share something with you in the spirit of keeping good and happy memories alive especially during these weird times in the world! The other weekend I was visiting my parents and it was like nothing had changed since childhood. I was sitting in the living room on the Saturday morning, drinking my coffee and my Dad came in, sat down, and your show was the first thing he put on. While watching, he told me something I don’t ever remember hearing. He said, “Italo was the taxidermist for the Pike on the wall downstairs”. That fish is famous because it was caught by my Mom at Eagle Lake on their honeymoon in 1980! I have attached a couple of pictures of it – and my parents! 😊 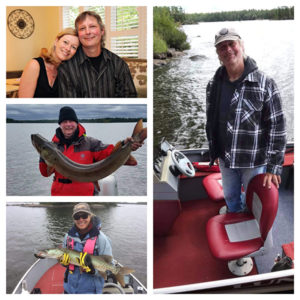 I asked my dad why he picked you to do the taxidermy out of all the taxidermists out there. He said one year at the Sportsman show, he talked to a bunch of different guys, and no one came close to the trust he felt he could put in you with such a special fish – and he just thought you were a great guy . So that was that. The fish has hung on that wall since the day I was born, and it’s never left.

My dad said he often thinks about writing you a letter about it, just to share the memory and how much it meant to him that you were the one to preserve their special Pike.  I am hoping to beat him to it because this coming August, my parents will be celebrating their 40th wedding anniversary!

My brother and I were trying to think of something special to give them as a gift, and one of the things we thought of was to write you this note, in the hopes that you might write back with a little message for them on their anniversary that we could read to them and they could save as a memory. We will be up at a cottage on Lake Nipissing for their anniversary as a family and we’re planning a special day for them. I know it would touch both their hearts! That fish, and the fact that you did the work on it, means so much to them!

If you would be so kind, their names are Brian and Dorothy. It would really mean the world to us!

I appreciate you taking the time to read my note and check out the pictures. The fish still looks as good as it did when I first saw it almost 40 years ago. Hope you and yours are staying safe and health, and I look forward to your face gracing the living room of my family for years to come!

Wishing you all the very best, Anne Marie Flavell & John 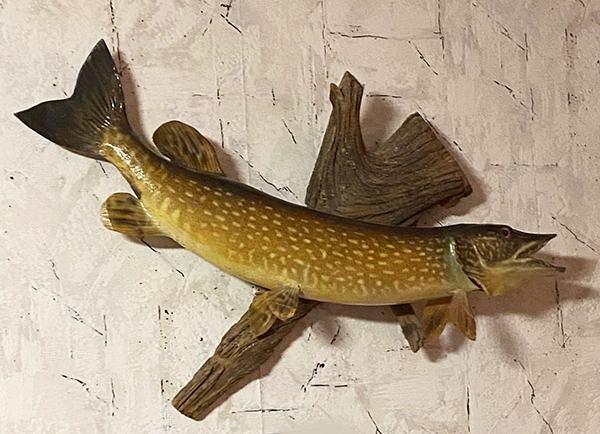