On 5th August 2015 a 33.9 kg, 134 cm long Japanese Lates from Urado Bay, Japan was reported to the IGFA (meanwhile accepted as an all tackle record). In September the Shimanto River, produced anther giant 38 kg (84 lb) specimen, accurately weighed and measured.

The growth potential of this endemic and endangered species is unclear. A giant with 206 kg and a length of 2.1 metres was reported by fishery officials in 1878. 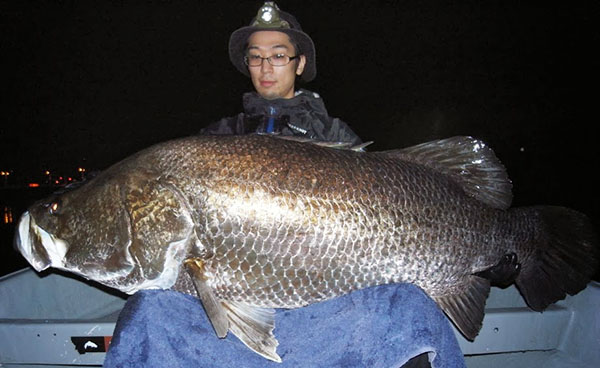 This entry was posted on Sunday, March 27th, 2016 at 10:00 am and is filed under News. You can follow any responses to this entry through the RSS 2.0 feed. You can leave a response, or trackback from your own site.