New Cabela’s owner, Johnny Morris, visited the company’s headquarters earlier this week and sent all employees an 11 page letter highlighting his plans for the retailer.

Cabela’s employees have been given a clearer indication of their future and that of the company’s Sidney, Nebraska, headquarters by its new owner, Johnny Morris, Bass Pro Shops’ Chief Executive.In a letter to all employees,

Morris reveals that $10 million has been earmarked for severance payments to staff who will lose their jobs.While not saying how many positions will be cut in the city, where Cabela’s employs 2,000 of its 6,800 population, Morris has detailed some of the operations that will stay following Bass Pro’s $5 billion acquisition earlier this year.

It will keep the company’s information technology division, which employs 125 people, and a ‘significant’ accounting operation, although he did not specify the extent or number of staff that would be retained. Its distribution centre has also been declared safe from closure.

Employees in Sidney will be consolidated into one of the Cabela’s of office buildings, with empty premises on the campus effectively donated by Bass Pro Shops to the city. They will be leased for $1 a year to any qualified businesses that may want to open an operation in Sidney.

Outside its home, the company’s credit card facility in Lincoln will remain along with the call centres in Grand Island, Kearney, North Platte and Lincoln.

Some employees will lose their jobs, said Morris, who revealed that Bass Pro has allocated an additional $10 million to extend benefits and severance payments.

In the last page of the letter, Morris highlighted the ‘realities’ of a competitive retail market and challenging outdoor/hunting segment. He added that more than 1,000 related stores have closed in recent years and described Cabela’s as being in decline since 2013, revealing that its retail business is on track to lose money in 2017.

The letter also pointed to research by Mercers, a human resources consultant, which highlighted that Cabela’s had more layers of management than similar companies, attributable, in part, to its status as a publicly-traded company.

“Cabela’s has been operating under the weight of an extremely heavy corporate payroll that is over two times greater than that of Bass Pro Shops to conduct relatively the same volume of business,” said Morris. 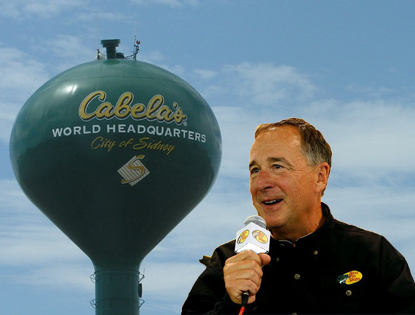 This entry was posted on Wednesday, January 10th, 2018 at 10:00 am and is filed under News. You can follow any responses to this entry through the RSS 2.0 feed. You can leave a response, or trackback from your own site.